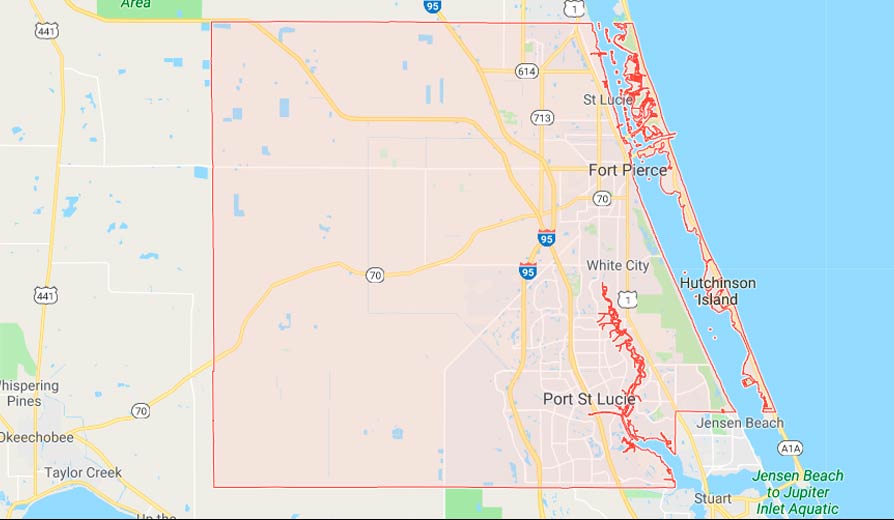 The area was originally inhabited by the Ais tribe, a hunter-gatherer culture whose territory extended from south of the St. John's river to the St. Lucie Inlet. Spanish explorers frequently encountered the fierce tribe as the Spanish treasure routes ran parallel in order to take advantage of the strong Gulfstream current. The area was given several names by the Spanish including Rio de Ays (later anglicized to Indian River) as well as Santa Lucia, named after the short-lived late 16th-century Spanish fort that bore its name farther south. The fabled 1715 Spanish treasure fleet sank off the area that is now St. Lucie County, leading to the regional naming of the area as the Treasure Coast.

The following neighborhoods are a part of St Lucie County, Florida real estate: